LOS ESPOOKYS is a "Reality": Four Points of the Future's Compass Towards Disclosure 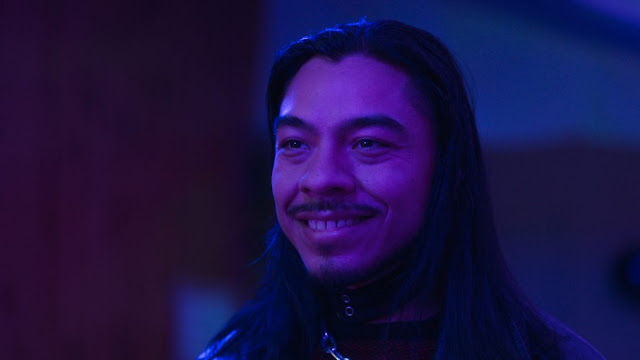 The new Spanish language spook comedy LOS ESPOOKYS is genius. See it at once and ponder the nature of magical realism, alive and well in this surrealist Mexico. Read my main piece, focusing on the show itself and some of my more intellectual (Jungian/Lacanian) theories here.

But the show also illustrates, to my warped mind anyway, a lot of flakier (truer!) theories involving the duality of reality and myth as having no clear dividing line (other than a small piece of Moebius strip tape.
Because, you see, whether you believe in Astrology or Not:

One of the benefits of being a Pisces, for me, is my ability to comfortably hold two contradictory paradoxical opinions at the same time - thus we can believe astrology is total bullshit and yet, know it's also true, since if it wasn't, we would believe in it approximately the same as everyone else does or doesn't. Pisces can believe ghosts and demons are the product of sleep paralysis and latent schizophrenia and that they are a real phenomenon. We can even prove it (to ourselves, if we want to be bothered) via the mountain of evidence recorded by cameras, radar, EMF detectors, suddenly-manifesting wounds and scratches, and other macabre physical evidence. There are reasons these things refuse to become proven or disproven beyond reasonable doubt.

If you can imagine a world where alien visitation (or a captured bigfoot) is a socially 'over the counter' reality, you're not thinking clearly - not imagining the whole picture. The entire social fabric as we know it would be ripped out and replaced with an wet ink facsimile smudgy from the four fingered hand of the God that made us. Everything would change - our entire paradigm would be out the window. To know this is true we have to merely examine the phenomenon of cargo cults as petite reflections of our own religious paradigm (angels=alien visitors /teachers/builders).  The difference is, we left objects with the cults which prove we were there - cans of peaches, plane propellors, etc. And there's not been enough millennia to wear them down to dust, the way only stone survives as proof "they" were here - stones so massive, and so far from their quarries, they seem to have been left for us, thousands of years later, to argue about and for some of us to go "whoa" and others to go "no" and close their ears to the idea that no primitive civilization could lug 100 ton, perfectly carved rocks hundreds of miles over mountains regardless of how many slaves they had.

But part of that is that despite the difference in technological savvy, we still treated the natives as more or less equals. The way we're abducted and tagged with implants lets us know the aliens don't regard us as equals, at least not all of us. We're more like a game reserve, a federally protected forest which aliens get permission to enter, ostensibly to study our migratory habits, abducting, weighing, measuring, taking samples, then tagging us before releasing us back into the wild (or some not-so good aliens disguise as anthropologists but secretly steal us away, sell us to labs for illegal experiments, etc). We're not animals - we are animals + them - seeded ten thousand years ago or so by gold-digging Annunaki by mixing ape with alien DNA to get slaves who could understand language and mine gold so Enki could kick back with a sixer, broh.

If the aliens come back, all our religions and science textbooks will become meaningless. Our stature as inferior 'natives' will be mighty hard to shrug off. Neither side, if they've thought it through, wants that. If we rock the boat it will tip over. 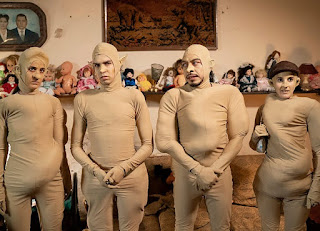 We need to go slow: right now we're at accepting the presence of water on Mars and in asteroids, we're "ready" to accept the panspermia theory, and, slowly, one Friday night at a time, the 'ancient alien' hypothesis. I see it as a multi-directional approach, a kind of pyramid shape where disparate, seemingly unconnected sides are all headed towards a particular peak point (probably still a few decades from now) where there will be no need for 'disclosure' - anymore than there was a need for your parents to finally give you that sex talk.

These four directions are headed towards a specific point. Though they are all seemingly unrelated now, I predict they will all connect/intersect in approximately 10 years, probably right in time to distract us from the total death of our oceans.

1. West Side: Legit Scientific Speculation: Big brains like Stephen Hawking and SCI channel astronomers like to theorize on what kind of aliens might be living on far away moons, or what would happen if they attacked our planet, etc. While this theorizing, which totally ignores all the alien theories and witnesses' testimony, is perhaps insulting to those who believe in the alien presence and have mountains of evidence to prove it, this nonetheless thoughtful (SCI channel-animated) theorizing constitutes a legitimate direction - a means by which tenured scientists can give voice to these possibilities without drawing flak from their peers. Smithsonian and Science Channels are the one that don't seem to support the alien hypotheses fully yet, though they regularly run shows that seem to promise the opposite. I  predict that--gradually--their speculation will begin to match up with the hidden reality, until slowly their final 'what if?' shows will have the 'what if?' part quietly removed in reruns, and be deftly re-presented as factual documentary, seamlessly enough to avoid a panic, the way Disney released, quietly, a TV documentary that took all alien theorizing as fact, albeit in conjunction with the opening of their Alien ride, which they added at the end, also as fact.

2.  East side: Getting high and watching Ancient Aliens (and other UFO TV shows): Hey, there's nothing more 'out there' (so they tell me) than vaping some Sour Diesel on a Friday evening after work and watching an Ancient Aliens marathon (it's on Friday --the perfect time) and imagining both the scene back in our ancient past via the visitors and looking forward to a future where these truths are self-evident. My girlfriend is sick of my obsession with this show. As far as she's concerned, there hasn't been any new evidence and--until the ice caps melt enough for us to explore those pyramids in Antarctica, it's just a tease. But for me, it's something so vast, such a big issue, that I can just lose myself in it no matter how ridiculous and out on a limb they go. I look at the moon; she looks at the finger, to paraphrase an old Zen koan.

Is this maybe part of why weed is so decriminalized? Is it the gateway through which we can 'let in' this massive paradigm shift?

3. North: Strides in Anti-Gravity Propulsion: As a kid I used to argue that if space was a vacuum why not turn off the power or reverse the flow of air so the bag collapses instead of expands.  It was a misunderstanding of 'vacuum' (i.e. the noisy thing mom uses) but it's still a legit question. Using magnetic energy via charged mercury in a rapid circular spin, we can bend space time and collapse the vacuum between solar systems - like our alien creators do (we reverse-engineered it). Once we master this technology the issue of the vastness of space disappears. The idea of sending settlers to Mars via a normal rocket-powered space capsule will seem as archaic as walking from New York to California instead of taking a passenger jet aircraft. Our understanding of magnetic power is currently very backwards: we should be looking at acupuncture vs. the placement of pyramids and ley lines - for there is massive energy we can tap just from the power of the earth. If we'd followed the lead of Tesla instead of Edison, we might be there already.. Either way, it's inevitable, and our knowledge of space and other worlds will grow exponentially.

4. South: Discoveries of life on other planets slowly working up the evolutionary ladder.
Right now we're at the protozoa stage, micro-organisms found in meteors. Soon science will allow the discovery of small insect life fossilized in the Martian rock- gradually we'll work our way up to fish and other animals so that when we finally arrive at fellow human or humanoid intelligence we're not as freaked out - we're 'acclimated' - the equivalent of a depressurizing tank to avoid getting the bends, a kind of DNA erector set course, taking us from single-celled organisms to humans in just a few more decades.
--
Think I'm wrong? I hope I am, in a way. But there just wasn't enough time, Michael. We're going to have to get our heads out of our navels and join the family business soon, as there'll be no 'here' left to fritter our way to parity on.
Posted by Erich Kuersten at 11:17 AM

Erich Kuersten
Brooklyn, New York, United States
amok counter-theorist, film and music critic, ex-bassist, Advisor, Crypto-Jungian editor of The Acidemic Journal of Film and Media, with work appearing in: Bright Lights Film Journal, Popmatters, Slashfood, McSweeney's, Slant, and the Daily Om. Also (in print): The Decadent Handbook, Scarlet Street, and Midnight Marquee. Films include the awards-skipping Queen of Disks, The Lacan Hour, Drunkards of Borneo, and the "Shortcuts to Enlightenment" series - Come on and write to him! Erichk9@aol.com and/or ekuerste@pratt.edu